Book Review: On The Edge of the Dark Sea of Darkness

Book Review: In the Face of God 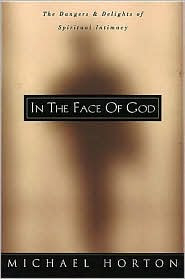 In the Face of God by Michael Horton

In the Face of God addresses how it is possible even within the Christian community to be too spiritual. He believes it is essential that doctrines and not emotions or experiences be the foundation of our Christian lives. He discusses how gnosticism has infiltrated the Christian church from the very beginning and how it has continued to do so ever since. For example, he argues that nineteenth-century romanticism influenced the church (and its hymns) by allowing gnostic ideas to creep into Christian terminology. He worries that in this seeker-friendly mindset that the church will lose the true message of the gospel as they try to meet the felt needs of the community without addressing the ultimate issue of salvation. He emphasizes the need for the preaching of the Word in churches, sound doctrines in the pulpits (not pop psychology), and above all else a realization that God is a God to be taken seriously. Throughout the book he presents how different men and women (in the Bible) have reacted to their personal encounters with God. Each one reacted not with joy or giddiness but with fear and trembling. Meeting God was a humbling experience for each one. Being in God's presence--being made aware (even a small glimpse) of his glory and power--only makes one more aware of how sinful we are and how small we are in comparison to God. He worries that people are seeking a "God" of their own creation that can be sought by anyone at anytime without a mediator without fear of judgement or punishment. The truth of the matter is that unless Jesus stands as your mediator God is not a "safe" God to approach. Without Christ, only judgement can be the result of a meeting with God.