Book Review: To Whom The Angel Spoke 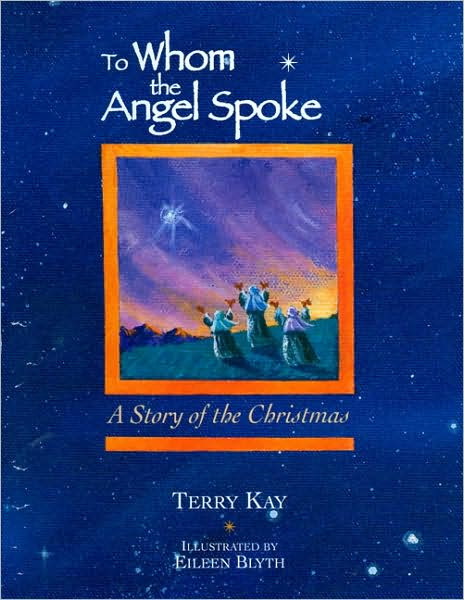 Once, there were three shepherds who lived together while keeping watch over their sheep.

Oh, there might have been more than three of them, but that doesn't matter. Three is a good number. Not too few. Not too many.

Still, as people living together, they were different, as all people everywhere are different.

What a strange little book this is. It certainly wasn't anything like I was expecting: a traditional story focused on the nativity. The nativity story is there, in a way, but this shepherd-focused story is more oriented towards the you-can-be-different-and-still-be-united-when-it-counts message. It read a little didactically for me--at least the first two times, and, if you have to read a book more than two times to see if it is really-really didactic, or if you're just imagining it, well, then that's a problem. A subjective problem, perhaps, but it shouldn't be such work to "like" a picture book.

One of the reasons I thought this one was strange is that while it clearly uses the word Angel in the title--"To Whom the Angel Spoke," in the text of this one, the angel, the messenger, becomes the WindVoice.
The shepherds do not see an Angel of the Lord, do not see the heavenly host praising God. While the message is generally speaking similar to the biblical message (see Luke 2:8-15). I thought it strange to replace the angel(s) with this "Windvoice." Especially since the word angel is in the title!