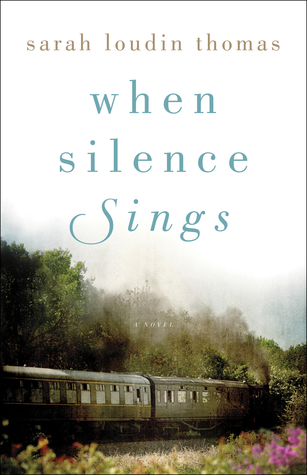 
First sentence: Colman walked along the last car of the coal train, tapping each wheel with his long-handled hammer, listening intently to the clang clang clang.

Premise/plot: Colman Harpe desires to be preacher and leave the family feud far far behind. But the family feud isn’t just in the past. The McLeans are still out to get the Harpes. In fact, soon after the novel opens, Jake McLean murders Caleb Harpe, Colman‘s cousin. The Harpes vow vengeance—most of them at least. Serepta McLean’s message doesn’t cool things down either. Can Colman manage to stay out of the feud and avoid the drama on both sides? For the Harpes, to take no side in the feud is to be on the McLean’s side. If Colman actually follows his call, he’s risking his very life. God has called him not just to preach—a general call—but to preach to the McLean clan specifically. Will Colman run away like Jonah? Or will he learn to love his enemies with the love of Christ?

My thoughts: I really got swept up in the story. I believe it’s set in Tennessee circa 1930/31. At first all I was seeing were the parallels between this story and the book of Jonah—too many to be a mere coincidence. But then the story became so much more than that. The story alternates perspectives between Colman Harpe and Serepta McLean. That was a nice touch. It’s hard to see them as enemies when they’re humanized. I enjoyed every minute of this one.


© Becky Laney of Operation Actually Read Bible
Posted by Becky at 7:30 AM