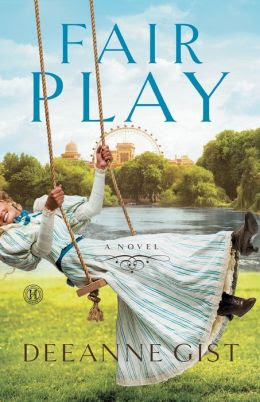 Billy Jack Tate, our heroine, is a doctor. She is a woman in her early thirties that has worked tremendously hard to get where she is. She has her medical degree. She's worked as a doctor in a hospital for seven years. Yet, when the novel opens, she doesn't quite have it all. She chose to leave Boston behind. She's recently moved to Chicago. She has "hung her shingle" but been unable to get any patients. Change is in her future, however. And it all starts with a speaking engagement at the fair.

Hunter Scott is a Texas Ranger temporarily working at the fair as a guard. He is, I think, the first patient Billy Jack sees in her new position at the fair. (She has been hired on as a replacement in the infirmary.) This meeting between hero and heroine--this second meeting, if I might give so much away--is unique. Not many couples come together because of constipation, I imagine. Circumstances throw them together more than a few times. Soon despite their differences, these two are good friends.

What I didn't like. For better or worse, this one did not feel like a Christian read. I know some readers may rejoice at the fact that "Christian fiction" is lowering its standards and providing more creative, descriptive, detailed "romantic" passages. Some readers may be coming from an addiction to actual (secular) smut. These passages are not exactly helpful. Some readers may not have had a past with smut--a struggle with it--but this may be enough of an introduction. As Sebastian (Little Mermaid) says, "you give them an inch…" And for the record, this is NOT the first book I've noticed this. Over the past two or three years, I've noticed this more and more in the christian fiction that I read. And in some cases, it's a matter of how it's handled and why it's there.

I also found Hunter and Billy Jack to be very hard-headed and deliberately stubborn and selfish. This is certainly part of what makes them human. Still. It can be annoying to read about people who continually don't get it like they should. For example, Billy Tate has an "I want to do it, so I will do it, no matter what, no one can talk me out of what I've decided to do, no MAN will ever be my boss" attitude which is super annoying. Because often what Hunter is wanting her to do is stay alive and out of danger.

What I liked. I liked the use of photographs throughout the book. Each chapter features a photograph at the beginning. I liked the setting. I liked learning more about the time period: the fair itself, the city of Chicago, the neighborhoods, the programs, etc. For example, many scenes of Fair Play relate in some way to Hull House, which was founded in 1889 by Jane Addams. I found the history fascinating at times.

Overall, I was a bit disappointed by Fair Play. I liked some scenes in it for sure. But I didn't love it.

© Becky Laney of Operation Actually Read Bible
Posted by Becky at 10:07 AM