Book Review: Who Is Jesus? 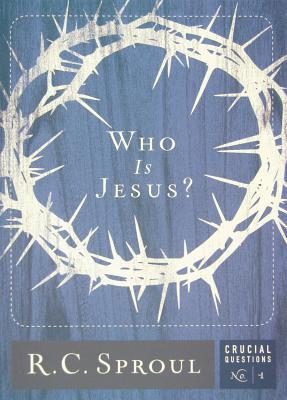 First sentence: There are vast numbers of portraits of Jesus in the art galleries of this world. These images are often so conflicting that they offer little help in achieving an accurate picture of what Christ looked like during the period of His incarnation. We need Christ—the real Christ. A Christ born of empty speculation or created to squeeze into the philosopher’s pattern simply won’t do. A recycled Christ, a Christ of compromise, can redeem no one. A Christ watered down, stripped of power, debased of glory, reduced to a symbol, or made impotent by scholarly surgery is not Christ but Antichrist.
Who is Jesus? is the first title in R.C. Sproul's Crucial Questions series. (Many of these titles are available as free kindle e-books on Amazon.)

It is true that it is a short book, but it isn't short on substance. There are three chapters addressing the 'crucial' question: Who is Jesus? These are "Will the Real Jesus Please Stand Up?," "The Titles of Jesus," and "The Life of Jesus." Sproul concisely answers the question and invites readers to believe that Jesus is the Son of God.

One point that he definitely emphasizes is that Jesus cannot be found outside of the Word of God. He writes, "To search behind or beyond the New Testament is to go on a snipe hunt equipped with the flashlights of pride and prejudice." He warns, "The Christ we believe, the Christ we trust, must be true if we are to be redeemed. A false Christ or a substitute Christ cannot redeem." He concludes, "Apart from the Bible, we know nothing of consequence concerning the real Jesus. Ultimately our faith stands or falls with the biblical Jesus."

Give your genuine feedback at Humtobolenge and help other people.