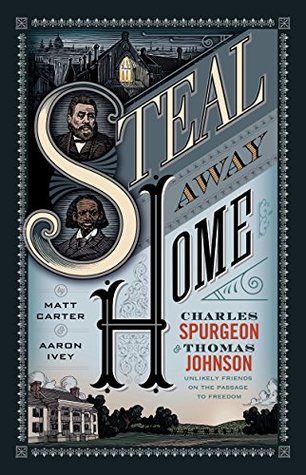 First sentence: There was not a village in the world more pleasant than Stambourne, and although London was only forty miles southward, there was rarely a need to leave.

Charles Spurgeon was a preacher, the celebrity preacher of his day. His sermons were printed, not only in England, but also in America. Thomas Johnson started life as a slave, but, even before the slaves were emancipated, freedom was his through Christ. After the war, he became a preacher as well. His dream--shared by his wife--was to go to Africa as a missionary. Charles Spurgeon helped him realize this goal.

My thoughts: I definitely found this one a fascinating read. I loved both stories. The second half was even better than the first half. By the end, I was EMOTIONAL.

I loved the writing!

Some of my favorite quotes: