Book Review: Beyond the Shadow of the Brownstone 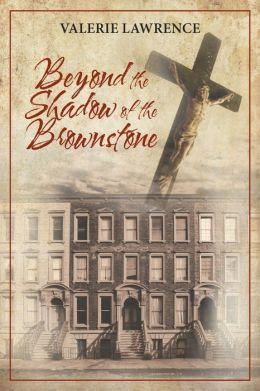 Beyond the Shadow of the Brownstone is certainly a heartfelt, issue-driven family drama. The issue is abortion. Readers are introduced to several generations of a family.

If the novel has a main character, it would be a woman named Grace. Readers first meet her as an enthusiastic, idealistic young teacher. She's married to another teacher, George. Their first teaching assignment is in the inner city in New York, I believe, in the 1960s. As years go by (and they go by very very quickly in the novel), Grace longs to start a family. George, her ever-grumpy can't-ever-say-anything-nice husband, does not want a family. She gets pregnant, is ashamed that she's more scared of her husband than of ending her pregnancy. She has an abortion with the conviction that it is murder, and it does change her. A second pregnancy is not aborted, and George though ever-consistently grumpy, deals with it just fine. Their family grows to include a son, Mike, and a daughter Amy. (The novel is sparse on dates, but, one date mentioned around this time is 1974). Fast forward several decades, Mike and Amy are all grown up, and Mike is getting married. He's introducing her to the family. His grandfather, John, is super-super excited. He's had a recent health scare, and while he's ignored his own children and to some extent his grandchildren, he's decided that he's going to be a family man now before it's too late. He wants great grandchildren. He boasts that he will even PAY Carol and Mike to have children. He writes them a check which allows them to buy a house or perhaps just make a substantial downpayment on a home. Years pass by quickly, quickly, always quickly. The real story begins. What happens when Carol gets pregnant and she does not want to have it. What happens when she wants an abortion and her husband and his family do not want an abortion.

The novel has spirit and gumption. Grace is a character that will FIGHT, FIGHT, FIGHT for the rights of the unborn. She was by far the most developed character of the novel; she's certainly a memorable character too. The story from her perspective was just heartbreaking. That being said, there were a few things that did not work for me. Grace is haunted by the voice of a child, and her connection with the spirits of the unborn just didn't work for me. The novel was also a bit too graphic for me in places. Both of those make this an almost novel for me.