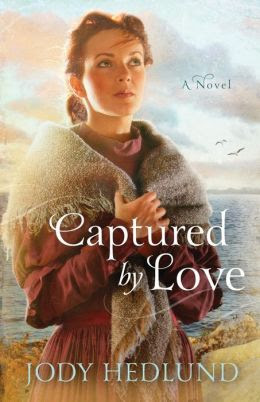 I never expected to love a book set during the War of 1812. But I did. This historical romance was one I didn't want to put down. I read it all in one day!

Angelique MacKenzie is the heroine of Captured by Love. She grew up spending time with two brothers: Pierre Durant and his brother Jean. These three--as children--were always together. After Pierre left home--not on the best of terms--she and Jean continued to be close. Close enough that she accepted his marriage proposal a few years ago. But now there is war. She is living on an island recaptured by Britain. Jean left the island to join the American army.  To complicate matters further, Pierre has returned to the island for the first time in years--five years, I believe. He returns to find his mother in great need. She's blind and dependent on Angelique's kindness. Times are hard for everyone. Every one is hungry.

But I get the feeling that Angelique's life would be hard regardless of the war. For her guardian, Ebenezer Whiley, is mean, mean, mean.

Having Pierre back on the island is good news and bad news. Depending on your perspective!

I really enjoyed this historical romance.