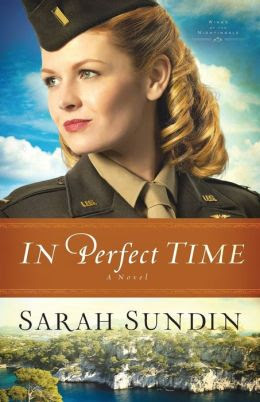 Lt. Kay Jobson has an interesting backstory. Readers finally learn more about this flirtatious nurse who is resistant to the gospel. Kay has a habit of mistrusting Christians. As you might expect, there is a reason. But Kay doesn't tell just anyone, especially at first. So it's not fair for me to tell you either!

Lt. Roger Cooper is a pilot with dreams of being a drummer in a big band. He loves the Lord, and, he's committed to living a holy life. For him that means distancing himself from women and from dating. He doesn't see dating as a game. He thinks dating should lead somewhere, to marriage. And he knows he's not ready for marriage. He does not want to put himself in situations where he could be tempted. He wants to guard his heart and mind.

On the surface perhaps, Roger and Kay are unlikely friends. But after sharing a conversation or two, Roger feels led to give her something very personal: his very own Bible with his notes. He barely knows her. He does know that she needs the Lord.

In Perfect Time is a lovely story about a man and woman discovering and perhaps rediscovering the good news and God's overflowing grace. It is an exciting read in terms of action as well.

I would definitely recommend this series!

© Becky Laney of Operation Actually Read Bible
Posted by Becky at 8:41 AM

Becky - thank you so much for the lovely review! I'm glad you liked Kay & Roger's story!