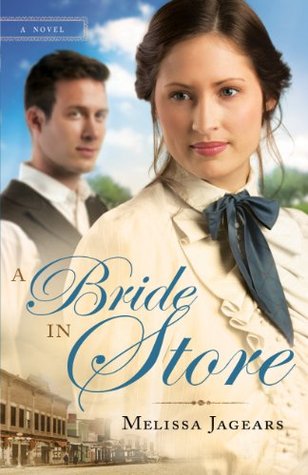 Eliza Cantrell, the heroine, is a mail-order bride. She decided she just couldn't wait any longer and came one week earlier than expected. Her intended groom is a man named Axel. (Did I believe for one second that he would be the hero? No. From the earliest chapters, I knew he was non-essential, that no matter when he entered the story, how he entered the story that Eliza would never, could never be his.) Eliza came by train. A train that happened to be robbed. During the robbery, her face is cut. She arrives in town and discovers that Axel is out of town. His business partner and friend, Will, however is very much in town. He, for one, is happy to welcome her to town. He basically starts fantasizing about Eliza from the moment they meet. He's a doctor, of sorts. Not officially. But he's got the dream bad. He stitches up her face, introduces her around, establishes her at a local boarding house, shows her around the store, in general proving that he's very good at being the nice guy. She's attracted to him as well. Though I don't believe she starts fantasizing about him as quickly. I've mentioned his dream: being a doctor. Eliza's dream is owning a store. It's a family thing. Her brother may have gotten the store when their father died, but, she got the know-how. She's unimpressed with Will and Axel's store. But she's willing to make suggestions for how to improve it to anyone who will listen. Will listens. He doesn't have a problem listening to her talk about her dreams. But the store, well, it isn't his dream. And he doesn't have the money and the time to transform it into something wonderful to please someone else's bride. Axel remains missing for the first half of the book. I don't think I'm exaggerating. During his absence, Will and Eliza get real cozy with one another. Instead of admitting to each other openly that they should be the ones to get married, they cling to the idea of Axel being the one. In some ways, I was irritated with Axel long, long before he shows up. Will Axel and Eliza marry? Will she marry anyone? Will she ever see her dream achieved? Will Will ever pursue his dream of medical school?

I liked A Bride in Store by Melissa Jagears well enough to keep reading. It is the second in a series, and, I'm wondering if I'd read the first book if I would have gotten more out of this one. You never can tell with historical romance series. I can't even decide exactly what it was about A Bride in Store that kept it an almost. Was it the fact that the hero and heroine spend most of their time fantasizing about one another? Maybe. Was it the fact that except for the hero and heroine there is little depth to the characterization? It's certainly possible. Was it the fact that it was all so predictable? Probably not. I don't mind predictable and familiar if I like the characters and writing well enough.