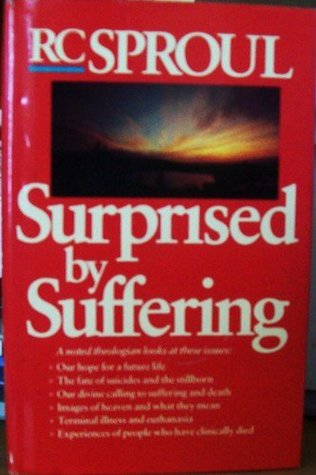 First sentence: Dare we think of death as a vocation?

In 2017, I read an updated edition of Surprised by Suffering by R.C. Sproul. I absolutely loved, loved, loved it. It was one of my favorite reads of that year.

When I was going through my shelves earlier this year, I discovered this older, first edition of the book. Even though it hasn't been all that long since I read it, I was excited to reread it.

I wasn't expecting there to be that much difference between the two books. But there was. For better or worse. So if you've only read the 1989 edition, you're missing out. It's worth spending money on the newest edition.

The table of contents for this edition:

This book focuses more on dying, death, and the afterlife. The newer editions are more balanced, in my opinion, and include a lot of material on suffering.