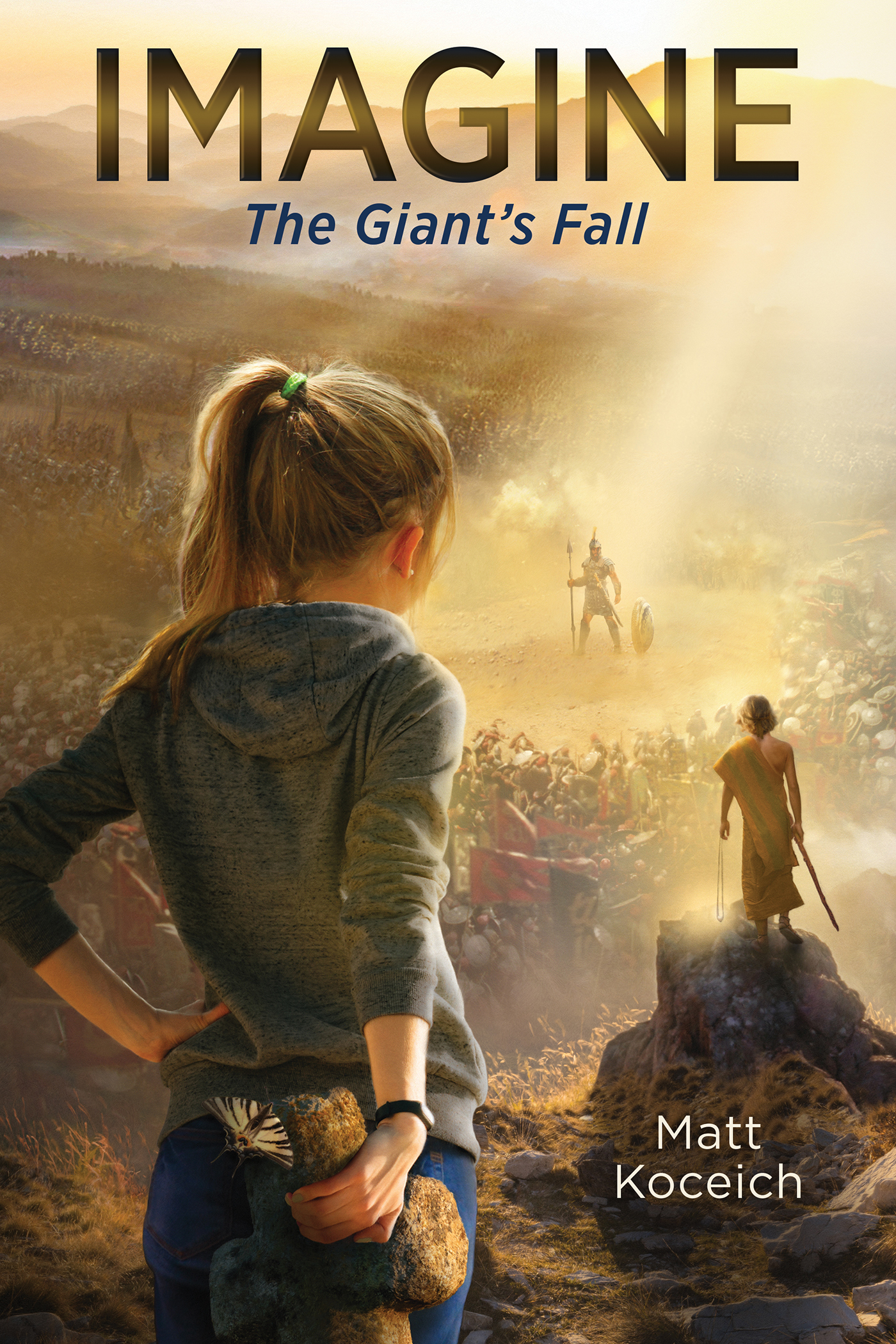 First sentence: The giant grabbed the girl and lifted her high into the air. He yanked her up so hard and fast she thought she was going to pass out. Her struggle to get out of the monster's powerful grip was over. Despite the way the Bible story ended, it appeared the girl was not going to be as lucky as the young shepherd boy.

Premise/plot: Wren Evans is a young girl--mourning the loss of her mother AND her home--who finds herself transported back in time. The good news is that she gets to meet David before he was king, when he was just a shepherd boy. She also gets to FLY AROUND on the back of an angel named Josephine. Josephine is there to tell her that she's super-special to God and that she's needed to fight in God's army. The bad news? Well, she won't just be a witness to Goliath threatening the Israelites, to David's epic showdown with Goliath...she'll BE IN GOLIATH'S FIST DURING THE EPIC SHOWDOWN SCENE. During her time in the past, she'll learn that God is trustworthy and maybe just maybe things will be okay even though her house burned down, even though her mother is dead, even though her super-awesome-special MANUSCRIPT which already has a publisher was "lost" in the fire.

My thoughts: I am an adult. Would my opinion of this one be vastly different if I was eight years old? If I had read less widely? I don't think my issue was with the time travel. (I love time travel. Always have. My favorite Star Trek episodes growing up were the ones with time travel.) I think I had issues with several things.

First, the focus wasn't on the Bible story itself. The book wasn't so much giving readers a behind-the-scenes glimpse of David, the plight of the Israelites, the culture of the Philistines, or Goliath himself. The book seemed to rely more on King Kong or possibly Jack and the Beanstalk than Scripture. I could easily imagine this giant going around saying Fe-Fi-Fo-Fum and mumbling. And why would Goliath pick up a child and carry it around in his fist and stomp around? Yes, Goliath was a giant. Yes, he was a soldier. But seriously?!

Second, the focus seemed more on the angel Josephine (who's able and willing to give piggy-back-flights to young children) and symbolic butterflies appearing as signs than on God the Father, God the Son, or God the Holy Ghost. It's not that I don't believe in angels. There was just something very Touched-by-an-Angel-ish about this one.

Third, I find it difficult to believe that a child (fourth grader) would write a book, find a publisher, get it published, sell copies, touch lives, change the world. We're led to believe that Josephine has a large part to do with the book's success--BUTTERFLIES--but still. The stories that fourth graders write can be super-precious and charming and wonderful to parents, grandparents, uncles and aunts, their own teachers. But ready to publish a real (not vanity press) book?!?!

If I was eight, if I was looking for an incredibly happy ending, if I didn't give much thought to how silly it was...would I find it a compelling read? I just don't know.

© Becky Laney of Operation Actually Read Bible
Posted by Becky at 8:25 AM