Treasury of Truth Mini-Challenge (May) 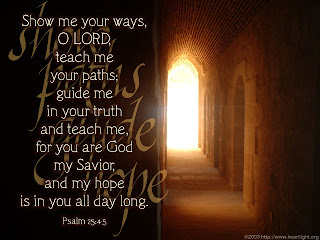 Do you see yourself the way God sees you, or, the way the world sees you? The Bible is rich in truth; it's holding treasures we need to know and rediscover. I'd like to invite you to join me in special readings for the month of May. The primary goal is to read Psalm 139 thirty times in the month of May. (Exact numbers don't matter, if you can only manage around twenty. I'd rather have you mediate on these twenty-four verses a dozen times than none at all.) Please let me know if you're interested in joining! I'll be posting something each week reminding you of the readings and sharing additional quotes and verses!


A discouraged heart will always go astray, so don't think about yourself the way you feel about yourself. Instead, go to God and Christ. God loves you, and Christ loves you enough to have died for you. He thought you were worth something. (A.W. Tozer, 53)

From, "God Loves You"


The profound thought of God's love should begin and end your every day. It should define your every goal, your every action. (David Jeremiah, 3)

From, "Lord Teach Us to Pray"


Wherever in all the world there is a human heart, God also is there. And He is there in order to have that heart poured out before Him. (Alexander Whyte, 29)


God is with us now as much as He will be with us in eternity. (John MacArthur, 98)


He pondered on the greatness and the living presence of God, on the mystery of eternity in the future and, even more strange, eternity in the past, on all the infinity manifest to his eyes and to his senses; and without seeking to comprehend the incomprehensible he contemplated these things. He did not scrutinize God but let his eyes be dazzled. (The narrator describing Bishop Myriel, Victor Hugo, 67)

I'm in. I'll be posting about this today on my blog. Thanks Becky!