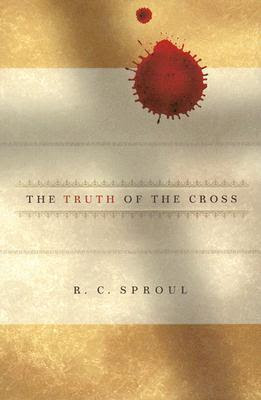 R.C. Sproul has written some great books. The Truth Of the Cross is perhaps a good place to start if you're new to R.C. Sproul. It is, for the most part, an accessible examination or discussion of the atonement, or Christ's work on the cross. (Also justification, imputation, propitiation, expiation, etc. To a small degree, Sproul also introduces Calvinism through TULIP.) The chapter titles include: "The Necessity of an Atonement," "The Just God," "Debtors, Enemies, and Criminals," "Ransomed from Above," "The Saving Substitute," "Made Like His Brethren," "The Suffering Servant," "The Blessing and the Curse," "A Secure Faith," and "Questions and Answers." If you're looking to answer the why of the cross, this is a great resource!

I definitely loved this one! I'm not sure it is my all-time favorite R.C. Sproul book, but it is very good.


If anything has been lost from our culture, it is the idea that human beings are privately, personally, individually, ultimately, inexorably accountable to God for their lives. If everybody in the world woke up and said, "Someday I have to stand before my Maker and give an account for every word I've ever spoken, every deed I've ever done, every thought I've ever thought, and every task I've failed to do," several things could happen. They could say, "I'm accountable, but isn't it great that the One to Whom and before Whom I am accountable isn't concerned about the kind of life I lead, because He understands that boys will be boys and that girls will be girls." In that case, nothing would change. But if people understood that there is a holy God and that sin is an offense against that holy God, they would break down the doors of our churches and ask, "What must I do to be saved?"

Anselm saw that the chief reason a God-man was necessary was the justice of God. That may seem to be a strange answer. Thinking of the cross and of Christ's atonement, we assume that the thing that most strenuously motivated God to send Christ into the world was His love or His mercy. As a result, we tend to overlook the characteristic of God's nature that makes the atonement absolutely necessary--His justice. God is loving, but a major part of what He loves is His own perfect character, with a major aspect being the importance of maintaining justice and righteousness. Though God pardons sinners and makes great provision for expressing His mercy. He will never negotiate His justice. If we fail to understand that, the cross of Christ will be utterly meaningless to us.

A simple definition of God's justice is "His eternal, immutable commitment always to do what is right."

God is not a frustrated schoolteacher. God is omniscient; He doesn't have to play games to ferret out the guilty party.

In the smallest sin we defy God's right to rule and to reign over His creation. Instead, we week to usurp for ourselves the authority and the power that belong properly to God. Even the slightest sin does violence to His holiness, to His glory, and to His righteousness. Every sin, no matter how seemingly insignificant, is truly an act of treason against the cosmic King.

How righteous are we required to be? How moral are we called to be? God demands perfect obedience, sinless perfection. This is the crux of the problem. If I am responsible to be perfect, and I sin once, what must I do to be perfect?... What do I have to do to become perfect after I have once been imperfect? Simply put, it is impossible.

Nothing could ever happen to me in this world that would give me a just reason to assault the integrity of God in terms of our relationship. He is the injured party, not we.

We may think the Son is more loving than the Father, but Whose idea was it for us to have a Mediator? Who then sent the Mediator? As the Scriptures declare, "God so loved the world that He gave His only begotten Son..." (John 3:16a). God the Father, the One we violated by our sin, sent the Son to be the Mediator Who would reconcile us to Himself.

Ultimately, Jesus died to save us from the wrath of God. We simply cannot understand the teaching and the preaching of Jesus of Nazareth apart from this, for He constantly warned people that the whole world someday would come under divine judgment.

The point of the gospel is that the minute a person embraces Jesus Christ, all that Christ has done is applied to that person. All that He is becomes ours, including His righteousness.

The hard reality is this: if Jesus was not forsaken on the cross, we are still in our sins. We have no redemption, no salvation. The whole point of the cross was for Jesus to bear our sins and bear the sanctions of the covenant. In order to do that, He had to be forsaken. Jesus submitted Himself to His Father's will and endured the curse, that we, His people, might experience the ultimate blessedness.

I think that a four-point Calvinist is an Arminian. I say that for this reason: When I have talked to people who call themselves four-point Calvinists and have had the opportunity to discuss it with them, I have discovered that they were no-point Calvinists. They thought they believed in total depravity, in unconditional election, in irresistible grace, and in the perseverance of the saints, but they didn't understand these points.

We need to realize that those who are in hell desire nothing more than the absence of God. They didn't want to be in God's presence during their earthly lives, and they certainly don't want Him near when they're in hell. The worst thing about hell is the presence of God there. Hell reflects the presence of God in His mode of Judgment, in His exercise of wrath, and that's what everyone would like to escape.