Read With Me: Genesis, Week 3 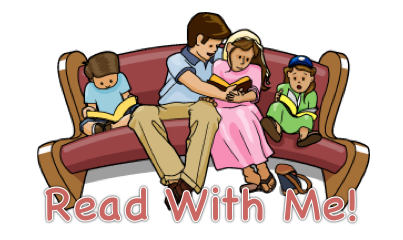 
Long after all this there was another Father who offered His Son in a sacrifice, and there was no one that day to stay His hand, to say, "Do not harm the boy." That Father was God Himself, and the Son who died for you and me - and for Abraham and Isaac - was our Lord Jesus. He was the Son of God, and He was the son of Abraham too. For He was the one whom God had promised to Adam and Eve, and to Abraham. He was the one in whom all the nations of the earth are blessed. ~ Child's Story Bible, Catherine Vos

The object of God, in choosing a people before all worlds, was not only to save that people, but through them to confer essential benefits upon the whole human race. When he chose Abraham, he did not elect him simply to be God’s friend, and the recipient of peculiar privileges; but he chose him to make him, as it were, the conservator of truth. He was to be the ark in which the truth should be hidden. He was to be the keeper of the covenant in behalf of the whole world; and when God chooses any men by his sovereign, electing grace, and makes them Christ’s, he does it not only for their own sake, that they may be saved, but for the world’s sake. ~ Charles Spurgeon, The Church of Christ

Labels: Genesis, Read With Me