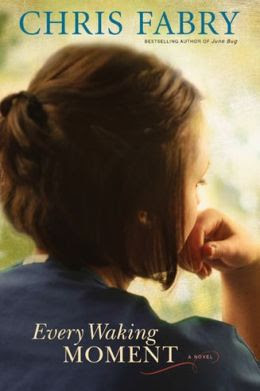 I would describe Every Waking Moment as a sentimental thriller. I didn't even realize it was a thriller until the last third of the novel when it became apparent that there was a story hiding and waiting to be discovered. I'm still not sure if this surprise works.

Treha Langsam is a janitor at a senior retirement home. Technically, her job is cleaning. But almost everyone considers her real gift to be with working with the elderly. She has a way of connecting with dementia sufferers, bringing them back. It's not as if she restores their memories, that might be asking too much. But they start talking, sharing, reaching out to others. And that is enough.

But not everyone appreciates Treha. The new director at Desert Gardens does not. She is condescending, rude, hateful. Miriam Howard, the former director, has been rushed into retirement by the board. Her replacement wastes no time in firing Treha. Miriam is shocked by this since the reason for Treha's dismissal is because she helped one of the residents after they had fallen. Treha had been forbidden to talk with any resident, no matter what.

Miriam befriends Treha and encourages her to become involved with two storytellers--filmmakers. These two filmmakers want to create a documentary, in part focused on Treha and her gift. It sounds more complicated than it is actually.

Every Waking Moment was an almost novel for me. I didn't dislike it. I just didn't love it either.