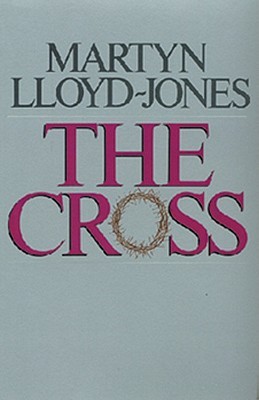 First sentence from the introduction: Can you remember what you were doing when you heard the news that President Kennedy had been assassinated?

Premise/plot: In the fall of 1963, Martyn Lloyd-Jones was preaching a sermon series on Galatians 6:14 which reads, ‘God forbid that I should glory, save in the cross of our Lord Jesus Christ, by whom the world is crucified unto me and I unto the world.’ These sermons have been published in book form as The Cross. Lloyd-Jones did not interrupt his sermon series to address the assassination of President Kennedy, but, it did trouble him and he incorporated it into his next sermon.

The Cross features nine sermons: "The Wondrous Cross," "The Acid Test," "The Wisdom of God," "Love Not the World," "The Triumph of the Cross," "He Is Our Peace," "The Cross of Christ Speaks," "A New Nature," and "Bought Out and Set Free." All nine sermons share a single Scripture verse as their basis. All nine sermons are Christ-centered. All nine sermons include an invitation to unbelievers.

My thoughts: I LOVED, LOVED, LOVED this collection of sermons. Martyn Lloyd-Jones has yet to disappoint. He was quite the preacher. His sermons were never me, me, me but always Christ, Christ, Christ. I believe that this book would be a great book for new believers. I believe that it would be a great book for those new to Martyn Lloyd-Jones' work. I think this one would give you a very solid impression of who he was, what he taught, and what he saw as essential. Would I go so far as to say this book is an essential must-read? I think I would! I don't say that lightly. I know that not every believer reads as a hobby. I know that not every believer has an interest in theology. But this book is what it's all about--these sermons explain the gospel and explain it in such a simple yet passionate way that it invites you to be a part of God's family. These are compelling sermons. They are not apologetic in nature. That's not what I mean. Nor are they packed with long hard-to-pronounce words proving in every paragraph that he was a scholar and that Christianity is for intellectuals. The sermons are practical and the very stuff of life.

From "The Wondrous Cross"

From "The Acid Test"


From "The Wisdom of God"


From "Love Not The World"


From "The Triumph of the Cross"

From "The Cross of Christ Speaks"


From "A New Nature"

From "Bought Out and Set Free"


© Becky Laney of Operation Actually Read Bible
Posted by Becky at 11:18 AM