DVD Review: Luther and the Reformation 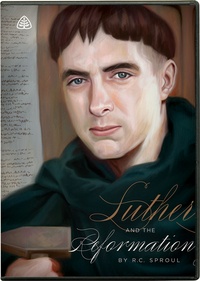 Luther and the Reformation.

The first six messages are definitely centered more on history--on what happened, on when it happened, WHO the major players were, etc.--than on theology. These six messages provide a good background or context for understanding the theological debate.

The last four messages are definitely centered more on theology. I think of the theological debate as the WHY IT MATTERED THEN AND WHY IT STILL MATTERS NOW.

This series would serve as an introduction, perhaps, to Martin Luther's life. But it doesn't quite do justice to Reformation theology itself. For that, I would recommend Sproul's God Alone. That series also has ten 23 minute messages. Two sermons each for the following solas.

© Becky Laney of Operation Actually Read Bible
Posted by Becky at 8:55 AM