Book Review: Sword of the Wicked 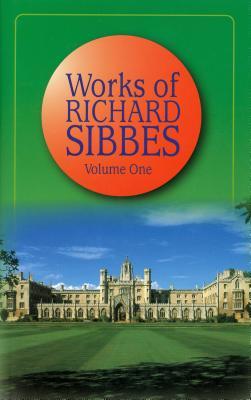 The Sword of the Wicked is an exposition of Psalm 42, focusing specifically Psalm 42:10.

Richard Sibbes walks us through nearly the entire Psalm. He points out details about David, about God, about believers like you and me.

Here is how Sibbes describes the book of Psalms: "If the Scriptures be compared to a body, the Psalms may well be the heart, they are so full of sweet and holy affections and passions."

He continues, "In other portions of Scripture, God speaks to us; in the Psalms, holy men (especially David, who was the penman of most of them), speak to God, wherein we have the passages of a broken, humble soul to God."

Much of the psalm deals with David's grief, for example. Sibbes points out that David's grief "ariseth from his desire." What did David desire most? God! I loved this insight: "He that loves most and desireth most, he always grieves most." Sibbes notes that David didn't just pour out his tears, or his words. He poured out his SOUL as well.

This is a lesson worth noting, especially in this day and age when preachers like to use gimmicks and guarantee success.

Beloved, neither sin, nor grief for sin, are stilled and quieted at the first. You have some short-spirited Christians, if all be not quiet at the first, all is lost with them; but it is not so with a true Christian soul, with the best soul living. It was not so with David: when he was in distemper, he checks himself; the distemper was not yet stilled, he checks himself again; then the distemper breaks out again, then he checks himself again; and all little enough to bring his soul to a holy, blessed, quiet temper, to that blessed tranquillity and rest that the soul should be in, before it can enjoy its own happiness, and enjoy sweet communion with God.

After a few pages of introduction, Sibbes narrows down the focus to Psalm 42:10. He addresses David's enemies, and examines the enemy's attacks.

There hath been contrary seeds from the beginning of the world, and will be while Satan is in the world. Till he be cast into the ‘burning lake,’ and he there in perpetual chains adjudged to torment, he will raise up men alway that shall he of his side. And as long as that grand enemy is, and as long as men are that will be subject to his government, as alway there will he, he will have a great faction in the world. And by reason that he hath a party in us, the flesh, he will have the greatest party in the world. The most go the broad way, so that God’s children, even David himself, shall not want enemies.

For the devil knows well enough, that as long as God and the soul join together, it is in vain to trouble any man; therefore he labours to put jealousies, to accuse God to man, and man to God. He knows there is nothing in the world can stand against God. As long as we make God our confidence, all his enterprises are in vain.

Keep faith, and keep all. If faith be safe, all is safe; let us strengthen that, and strengthen all; weaken that, and we weaken all. What cares Satan for other sins that we fall into? He aims at our assurance, that we may doubt of God’s love, whom we have been so bold as to sin against.

That is it he aims at, to make weak faith in the particular acts of sin we commit. He knows that sin naturally breeds doubts, as flesh breeds worms.

Where sin is, if it be in never such a little degree, he knows it will breed doubts and perplexities, and where they are, he hath that he would have. He labours to hinder that sweet communion that should be between the soul and God: Where is note thy God? You see wicked men are the children of the devil right in this.

Then he examines David's response...and asks what our response should be as well. They were teasing and taunting, WHERE IS YOUR GOD?

‘Where is thy God? David might rather have said to them, Where are your eyes? where is your sight? for God is not only in heaven, but in me.

Though David was shut from the sanctuary, yet David’s soul was a sanctuary for God; for God is not tied to a sanctuary made with hands. God hath two sanctuaries, he hath two heavens: the heaven of heavens and a broken spirit. God dwelt in David as in his temple. God was with David and in him; and he was never more with him, nor never more in him, than in his greatest afflictions. They wanted eyes, he wanted not God.

Now, therefore, to make some use of it to ourselves, let us enter into our own souls, and examine with what spirits and feeling we hear God reproached, and religion reproached, and hindered, and disgraced any kind of way. If we be not sensible of this, and sensible to the quick, we may suspect we are not of David’s spirit, that was a man after God’s own heart.

When we see wicked men go about to pervert religion, and overturn all, and we are not stirred at it, it is an ill sign.

He that hath no zeal in him hath no love.

Spiritual warfare. Believers tend to think either too much or too little about Satan. They tend to either give too much credit to Satan, make him more powerful, more present than he really is. OR. They tend to deny his existence all together. The Bible makes it clear that Satan is real, that his defeat is certain. We are called to be aware spiritually, and to fight the good fight. Often we don't recognize the fact we're in a war and that we're called to be part of that--equipped to be part of the Lord's army.

This was a short read. It is one sermon from Sibbes' Complete Works.

© Becky Laney of Operation Actually Read Bible
Posted by Becky at 8:30 AM