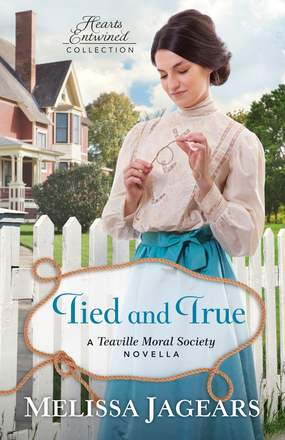 First sentence:
Kansas City, Missouri
September 1908
The pounding of hammers above them ceased.

Premise/plot: Marianne Lister loves, loves, LOVES Calvin Hochstetler. He knows it too. But Calvin is insistent that he's not the one for her. You see, she's RICH and he's POOR. They come from two different classes, two different worlds. Though she may love him now, will she love him a year from now? Surely it's just a matter of time before she misses money and all the things money can buy. So it's best they go their separate ways, right?! How far will Marianne go to prove that he's the one?! Will Calvin ever be convinced that her love is for real and forever?!

My thoughts: I enjoyed this one. I did. I felt the characters were genuine. I did feel like yelling at Calvin a time or two. But that's not unusual for me to get involved in a story.

© Becky Laney of Operation Actually Read Bible
Posted by Becky at 8:55 AM