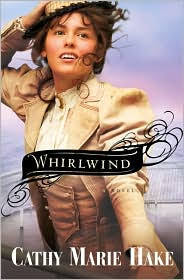 "I've come to a decision."
Millicent Fairweather clasped her hands together at her waist and waited in silence for her boss to continue. The clock in the far corner of the dim study ticked loudly.
"My daughters are of an age to expand their horizons. A change is in order. Therefore, I've located a place for them."

After Millicent Fairweather loses her position as nanny, she decides to join her sister and brother-in-law in immigrating to America. They hope to start a dress shop--her sister, Isabelle, has quite a seamstress. On the trip to America, Millicent is hired by a stranger, a Mr. Daniel Clark, to care for his young son, Arthur. Nanny is a role she's entirely comfortable with. And all seems to be going well, through Millicent, Daniel befriends her sister and her brother-in-law. But their arrival in America on Ellis Island does not go as planned. In fact, it turns tragic. Frank, the brother-in-law, dies leaving Millicent and Isabelle a bit perplexed. Where will they go? What will become of them? Fortunately, they're not friendless. Daniel offers for Millicent. He needs a wife--someone to be a mother to his child. And he'd be happy to take Isabelle into his home as well. Perhaps she can have her dress shop after all, as an extension to his own new business, a store.
Daniel Clark has big dreams. He hopes to make a success of it in Gooding, Texas. And this is where his new family will be established. Of course, changes aren't always easy. Millicent has some adjusting to do. She's not used to being a wife and a mother and a store clerk. Even if the marriage is for convenience without any intimacies expected.
Can these two newlyweds fall in love? Is their hope for Isabelle in America? And what secret has Daniel been keeping--and why--from his wife?
© Becky Laney of Operation Actually Read Bible
Posted by Becky at 3:25 PM