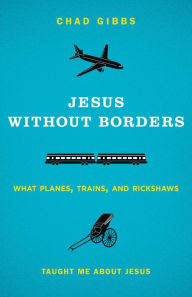 Jesus Without Borders is a travel narrative written from the perspective of a football-and-soccer loving Southerner (Alabaman) who grew up as an evangelical in the Bible Belt. It is light on the theology, heavy on superficial jesting. A lot of the humor, unfortunately for me, didn't work. I wouldn't say that I always rolled my eyes every time he tried to be funny or witty. But I never laughed either.

It was also very predictable. After the first chapter or two, readers know exactly what to expect: complaining about the plane ride there, complaining about transportation while there, complaining about traffic and road conditions, complaining about bad driving, mentioning the stereotypes he has grown up with about the country he's in, going to a church or bible study that he "discovered" online in his research, complaining about food, mentioning his lack of note-taking, mentioning sports, reporting his conversations with two to three people he met while there, drawing conclusions about a whole country based on the conversations he had with two to three people. Each chapter was supposed to include his insights about faith and God and what he learned--how he expanded his mind and his heart--by traveling. I would say these are light and it's not that they're completely absent from the text it's just that they're not very substantive and memorable.

The premise of the book was great. He is a writer who has had Christian books published. He loves to travel. He decides that it would be great fun to combine the two. To go on twelve to thirteen working vacations. His work would have him going to church in thirteen countries and talking to at least thirteen people about their faith and what it means to "be a Christian" in their various countries. The narrative style is casual, bordering on embarrassingly full of jokes that don't quite work. (I guess readers would have had to been there to 'get' the joke.) At least for me. His half-jesting style may prove quite delightful for other readers. (For example, Lenin's statue is reading The Hunger Games.)