Book Review: The Glory of Christ 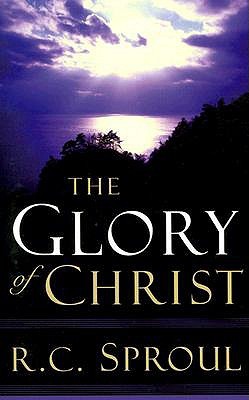 First sentence: Glory. The word is charged with meaning. It sets the hearts of Christians soaring. The soul is lifted up by the contemplation of the glory of God and of His Only Begotten Son. It is Christ in His glory who is the object of our worship and adoration. As Christians we join the communion of saints and the host of heaven in lifting up praise and honor to Him.

Each chapter of The Glory of Christ highlights a moment in Jesus' life and ministry. It opens with 'Glory in the Fields' and closes with 'Glory on the Damascus Road.' Most of the chapters focus on his earthly ministry: his birth, his baptism, his miracles, his discipling, his transfiguration, etc. But the last three or four focus on his heavenly ministry. It does not seek to cover every moment of his life--as revealed in the four gospels of the New Testament. His life is viewed through the lens of his GLORY. Which scripture passages have something to say--something to reveal--about Christ's glory.

I think believers are prone to taking the gospels for granted, taking the gospel story for granted. The details of his life aren't seen often with fresh eyes, eyes of awe and wonder. If only they were! The details of his life often fall into the "I already know that..." category, the can-be-skimmed-over-quickly category. And yes, by believers--plural--I'm largely looking at myself. I try to keep things "fresh" by switching translations often. But I think the temptation is always there to rush through the familiar.

R.C. Sproul's book gave me food for thought. Not that Sproul was trying to be "new" and "trendy." (I don't think Sproul ever once tried to be trendy. The focus of Sproul's ministry was on the unchanging TRUTH of the Word of God.)


We are not merely redeemed by the death of Christ; we are also redeemed by the life of Christ. His death on the cross reveals the nadir of his humiliation as He bears the curse for us. But that is only part of His redemptive achievement. It is not enough for us merely to have our sins atoned for. To receive the blessings of the covenant we must possess real righteousness. We need what we cannot supply for ourselves. This merit of righteousness is earned for us by Jesus' life of perfect obedience. (28)

Men may deny the existence of God or refuse to honor Him. But man's unbelief or disobedience do nothing to harm the being of God. God exists whether or not people believe in HIm. His covenant is binding even though we choose to ignore it. Every human being is inescapably bound to a covenant relationship with God. The covenant God made with Adam He made with the representative of the entire human race. (68)

Jesus refused to allow public opinion to steer His ministry. His mandate was from His Father, and He was zealous to perform it regardless of the will of the masses. (100)

Satan wanted Jesus to seek glory without pain, kingship without the cross. Satan feared nothing more from Jesus than His death. The worst thing that could happen to Satan was for Jesus to make atonement for the sins of His people. (105-6)

To search for glory in the cross of Christ is to turn the values of man upside down. Yet in this darkest hour of human history we see light piercing the shadows, a beam that beckons us to look beyond the obvious, to peer above the shadow to the glory beyond. Without light there can be no shadow. (149)

It is tragedy and victory in the same moment. It is scandal and honor, defeat and triumph, shame and esteem. (149)


© Becky Laney of Operation Actually Read Bible
Posted by Becky at 8:57 AM