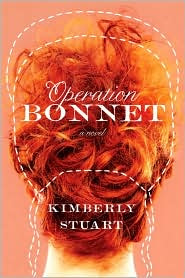 
I didn't set out to be the town luminary. True, there wasn't exactly a lot of competition in Casper.


Set in Casper, Ohio, Nellie Monroe, an amateur private-detective, stars in Kimberly Stuart's Operation Bonnet. Her first client, Amos Shetler, is still getting adjusted to his new life. He left the Amish community because he felt he just didn't belong, but the truth is, he hasn't found exactly how to belong in the "English" community either. (Watching Gidget marathons probably isn't helping!) He is still in love with an Amish girl, Katie, but he fears that he'll never see her again. And even if she still loves him, how would their relationship ever be able to work? He's heard that Katie is being courted by John Yoder. And he's very jealous. He wants Nellie to learn if Katie is indeed going to marry this other guy. Nellie thrilled to have her very first case isn't quite sure how to go about it. But. Surely the first step is to try to find a way into the Amish community? But Nellie doesn't exactly "blend" well no matter her location. So expect a very messy comedy of misunderstandings...


The novel also spends a little time on Nellie's personal life. Primarily her loving relationship with her grandmother and her relationship with her best friend, Matt. As soon as Matt's name is mentioned, readers almost know with certainty, that he must surely be in love with her--that he has been in love with her for many, many years. And that Nellie is indeed truly clueless about love. But while there are certainly predictable elements within Operation Bonnet, this novel is so quirky that it almost works.


Operation Bonnet reminded me of Jane Austen's Emma. There is just something so clueless about Nellie. While many readers may enjoy Nellie's adventures (and misadventures), I found them slightly irritating. It wasn't so much that I disliked the book--its story, or its characters--I just felt a slight disconnect.