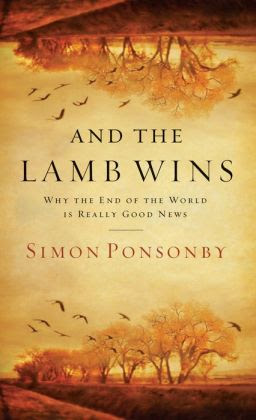 While Ponsonby isn't exactly an "evangelical rationalist", his book on Revelation reads the exact opposite of Tozer's worshipful, inspirational, zeal-driven work.


Ponsonby's focus is on the details of the end times, the detailed portions of prophecy we find in Scripture particularly in the book of Revelation (but not exclusive to just that one book). He might discuss the portion of Scripture and then organize his argument or discussion around it. Often he focuses on how that verse or chapter has been interpreted by different theological schools through the centuries since it was first written. He'll quote a handful of theologians to illustrate. But he isn't only interested in how it's been interpreted in the past, he examines how various theologians treat the text today, the past hundred years. If there is more than one way to interpret a passage, to "understand" and comprehend it, he attempts to present multiple view points. However, he does NOT present multiple view points without bias. He is very opinionated. VERY. And the way he talks about differing views and their interpretations of the end can be extremely subjective. So subjective that it's a weakness. There are some paragraphs where he's so determined that his view is the only right view that when he talks about opposing view points, it is in a negative, belittling way.

The book is well-organized; it is arranged topically. The presentation within each chapter is organized. Some of his chapters conclude with a summary, a list of conclusions. These were very helpful. Ponsonby did a good job of showing what we can know, what we can be certain about. Even if interpretations differ, there are certain beliefs and statements that every Christian can hold in common.

I did not always agree with the author. Sometimes I strongly disagreed with his opinions. Some chapters I liked more than others.

Hope cannot be contained, it must be communicated. (37)

It is no mean feat to try to make sense of two thousand years of church reflection on the vast New Testament material and the often opposing interpretations that have been put forward. But it is essential we attempt to systemize and summarize what we have learned. (55)

For every prophecy in the Bible concerning Christ's first advent, there are eight that look forward to his second! Its importance is second only to the saving work of Christ. (214)

© Becky Laney of Operation Actually Read Bible
Posted by Becky at 10:31 AM