Book Review: When Calls The Heart 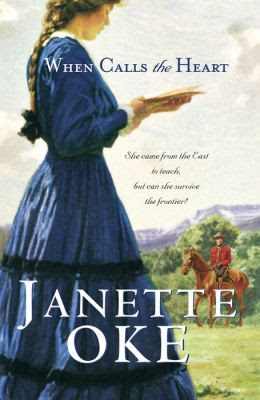 When Calls the Heart. Janette Oke. 1983/2005. Bethany House. 224 pages.It came as a great surprise to me. Oh, not the letter itself. We were all used to the arrival of letters from brother Jonathan. They came quite regularly and always caused a small stir in our household. No, it wasn't the letter, but rather what it contained that caught me completely off guard. And Mother's response to it was even more astounding.

When Calls the Heart is one of my favorite, favorite books by Janette Oke. The first two books in the Canadian West series make me giddy. (I don't remember the others in the series, they may work for me too; I just don't have the same connection with them in my memory!) As an adult, I can see this book breaking all the so-called rules of what makes Christian fiction "bad" or eye-rolling especially among unbelievers. But at the end of the day, I just don't care if the descriptions are too much in the first half of the book! The truth is that I love, love, love Wynn Delaney. And the romance between Wynn and the heroine, Elizabeth, is extremely satisfying. Elizabeth has come out west to teach school. She wants to teach. She doesn't want her brother to try to match her up with one of his single friends. She wants to prove her independence (it's set circa 1910). She's not horribly independent when the novel starts. In fact, she's never lived alone or managed her own life, not really. So living on her own will be a challenge for her. Especially since she has no idea how to cook and how to keep mice away. Readers see her in and out of the classroom. The best parts of this one focus on her romance with Wynn Delaney. From the moment she sees him--they're not properly introduced--she's wowed. She can't stop thinking of him. When they do finally meet, she is under the belief that he's married, that he's the father of one of her students (she's a teacher). He's not married, he is very available! So when he does all these heroic things (things that would make her swoon and say my hero!) she purposefully distances herself from him. She's out to prove that she's not one of those girls whose daydreams carry them away. When, however, she learns the truth. Well, she can't help BEING in love with him. And while she isn't going to go out of her way to hide the fact that she loves him madly, she's going to modestly do all she can to keep his attention and friendship.


© Becky Laney of Operation Actually Read Bible
Posted by Becky at 5:00 AM

My daughter recently read this book. She loved it as much as I did at her age! Thanks for the review.