McGee and Me #10 Joshua and Judges 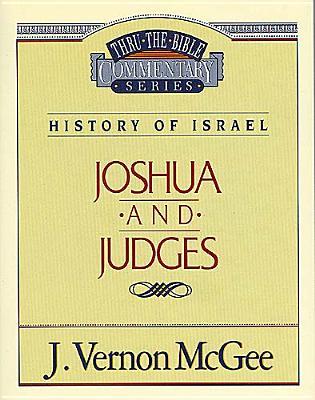 Joshua and Judges are covered in one commentary by J. Vernon McGee. This one reads much faster than you might expect. There are important insights to be shared on some of the chapters in these two books. He includes every word of Scripture. But some portions he does seem to be skimming over in terms of teaching and commentating. (I didn't mind this. He seems to skim the same chapters I do.)

Joshua has some very exciting, action-packed sections. But it also has some tedious portions that aren't all that interesting. Same with Judges. I do think believers can pull some general principles from both books. All of God's Word is INSPIRED.

Quotes from his commentary on Joshua:


Quotes from his commentary on Judges:

© Becky Laney of Operation Actually Read Bible
Posted by Becky at 8:54 AM