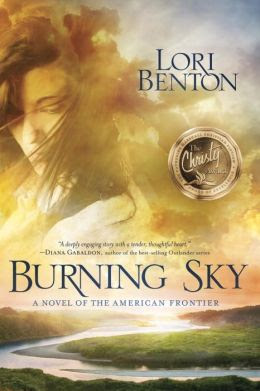 After the loss of her husband and children, Burning Sky, returns to her home in the white community from which she was stolen as a child. Willa Obenchain did not know if her parents would still be there or not. Nearing her land--or her parents' land--she comes across an injured man, Neil MacGregor. The two have a chance to become good friends as he heals in her cabin. He helps her as much as he can, for she has a lot of work ahead of her. Her home has been abandoned, her parents long gone. She'll need to work the fields and plant crops if she's to make it on her own. Some in the community welcome her back. But those that welcome her back are relatively few in number. Most are a little unsure about her return. It's not that they blame her exactly for getting kidnapped twelve or so years ago. But. They don't exactly trust her or respect her. They view her as if she's been contaminated by close contact with the enemy. She knows this, she sees this. And in all honesty, she knows that if her husband had not died, if her kids had not died, that she probably would have never come back.

The land. I would say a large portion of this novel is focused on her land. There are those in the community that WANT her land, that want to see her off the land for good. It so happens that she returns just months before her land is to be auctioned off. Her return doesn't automatically mean she gets to keep the land. But it does mean that she gets to fight to keep her land. If and only if she can prove that her parents were American patriots during the war can she keep her land. But proving such a thing may be extremely difficult.

Of course, that's just part of the story. Relationships matter in Burning Sky. And Willa has so much healing to do! But she won't be alone. Benton did a great job with her characters. The relationships are developed quite well. I especially loved the hero!!! And everything has a just right feel to it. If I'm honest, it is a bit more INTENSE than I usually like in my romance, but, overall it proved a satisfying read.