My Year with Owen #9 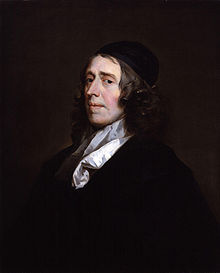 I will be sharing some John Owen quotes this year. The first book I'll be reading is Of the Mortification of Sin in Believers (1656).

There will be no mortification of any sin without sincerity and diligence in a universality of obedience. ~ John Owen

Without sincerity and diligence in the universality of obedience, there is no mortification of any one perplexing lust to be obtained. ~ John Owen

Hatred of sin as sin, not only as galling or disquieting, a sense of the love of Christ in the cross, lies at the bottom of all true spiritual mortification. ~ John Owen

Let not any man think to do his own work that will not do God's. ~ John Owen

If we will do anything, we must do all things. So then, it is not only an intense opposition to this or that peculiar lust, but a universal humble frame and temper of heart, with watchfulness over every evil and for the performance of every duty, that is accepted. ~ John Owen

If it [sin] has lain long corrupting in your heart, if you have suffered it to abide in power and prevalency, without attempting vigorously the killing of it and the healing of the wounds you have received by it for some long season, your distemper is dangerous. ~ John Owen

Have you permitted worldliness, ambition, greediness of study to eat up other duties, the duties wherein you ought to hold constant communion with God, for some long season? Or uncleanness to defile your heart with vain and foolish and wicked imaginations for many days? ~ John Owen

Lust is such an inmate as, if it can plead time and some prescription, will not easily be ejected. As it never dies of itself, so if it be not daily killed it will always gather strength. ~ John Owen

Secret pleas of the heart for countenancing of itself, and keeping up its peace, notwithstanding the abiding of a lust, without a vigorous gospel attempt for its mortification, is another dangerous symptom of a deadly distemper in the heart. ~ John Owen


© Becky Laney of Operation Actually Read Bible
Posted by Becky at 11:04 AM

Labels: John Owen, my Year with Owen, quotes, Worth Quoting