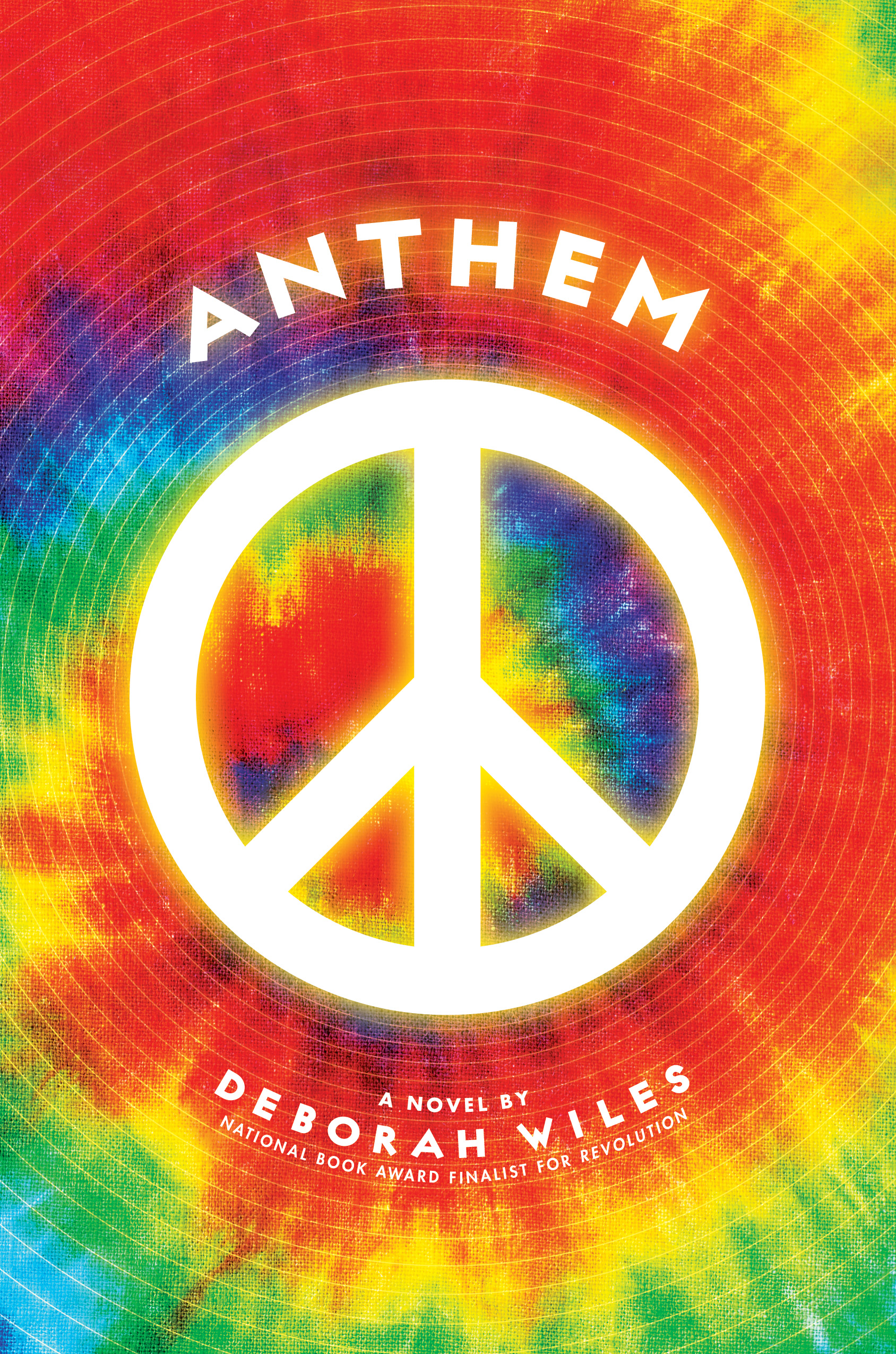 First sentence: It’s been so long since I’ve felt something.

Premise/plot: Set in June 1969, Anthem is the final book in the Sixties trilogy by Deborah Wiles. Each book has a different setting and a different narrator. But there are connections for the observant reader.

Molly and Norman are the two main narrators in Anthem. They are cousins soon to be embarking on a long road trip across America. The mission? To track down Molly’s brother, Barry, last known residence, San Francisco, California. Their starting destination is Charleston, South Carolina. Barry has received notice that he’s to report for his physical. Can an official draft notice be far behind? Barry ran away from home cutting nearly all ties with his family...at least his immediate family. Is there a happy outcome possible?

Molly is fourteen, this road trip provides quite an amazing and literal coming of age journey.

My thoughts: Did I find this to be a satisfying conclusion to the series as a whole? Yes! I don’t want to spoil any details about this particular book but readers get a small glimpse of how the Chapman family is doing. Molly and Norman meet Mr. Chapman, Jo Ellen, and Drew!!! Franny is mentioned as being in high school. Readers also get a chance to reconnect with Ray, a young black man whom we met in the second book.

Can each book stand alone? I definitely think so. Each one is set in a different city, state, even year. The connections with previous titles are brief, in passing.

Anthem begins each chapter with a song title and a few details about the song’s recording. I like this idea! If I had more energy, I would look up these songs on YouTube and possibly create a playlist.

The theme or one of the themes at least seems to be the importance of actually listening to one another. Molly struggles with discerning what is right and wrong or perhaps who is right and who is wrong. The two sides are hostile—extremely so. The other side isn’t just wrong, they’re evil, representing everything that is wrong with the world. Sound familiar?!

Molly meets and talks with dozens of people on her journey—each one offers a perspective of the times, the war. Molly has a lot to think about, but ultimately she cannot choose for her brother.

While the other two books in the series have a strong spiritual faith element, God seems, emphasis on seems, to be absent in this one. I will admit that it isn’t easy to find God in the pages of this one. Molly and Norman seem to draw most of their hope from the music they listen to. Songs are challenging, encouraging, inspiring, and in some cases distracting them—and to some degree an entire generation.

I think if you search long and hard one could pull together discussion questions with a spiritual slant or focus. The Bible, for example, has a good deal to say about how children treat parents, parents treat children, about how we treat one another, and even how we live under the authority of government. The ethical questions brought up in Anthem can fuel discussion.

© Becky Laney of Operation Actually Read Bible
Posted by Becky at 11:54 AM