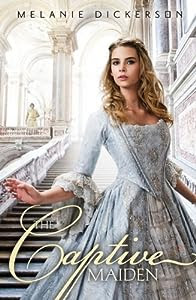 
Happily Ever After ...Or Happily Nevermore?
Gisela's childhood was filled with laughter and visits from nobles such as the duke and his young son. But since her father's death, each day has been filled with nothing but servitude to her stepmother. So when Gisela learns the duke's son, Valten---the boy she has daydreamed about for years---is throwing a ball in hopes of finding a wife, she vows to find a way to attend, even if it's only for a taste of a life she'll never have. To her surprise, she catches Valten's eye. Though he is rough around the edges, Gisela finds Valten has completely captured her heart. But other forces are bent on keeping the two from falling further in love, putting Gisela in more danger than she ever imagined. 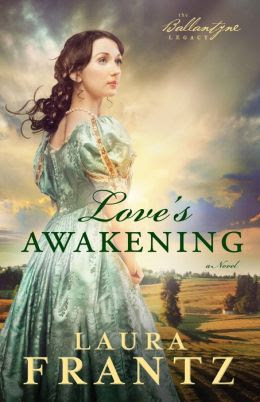 
Ellie Ballantyne, youngest child of Silas and Eden, has left finishing school. But back at her family home in Pittsburgh, Ellie finds that her parents are away on a long trip and her siblings don't seem to want her to stay. When she opens a day school for young ladies, she begins tutoring the incorrigible daughter of the enemy Turlock clan. The Turlocks are slaveholders and whiskey magnates, envious of the powerful Ballantynes and suspicious of their abolitionist leanings. As Ellie becomes increasingly tangled with the Turlocks, she finds herself falling in love with an impossible future--and Jack Turlock, a young man striving to free himself from his family's violent legacy. How can she betray her family and side with the enemy? And will Jack ever allow her into his world?
Masterful storyteller Laura Frantz continues to unfold the stirring saga of the Ballantyne family in this majestic tale of love, loyalty, and the makings of a legacy. With rich descriptions of the people who settled and civilized a wild landscape, Frantz weaves a tapestry of characters and places that stick with the reader long after they turn the last page. 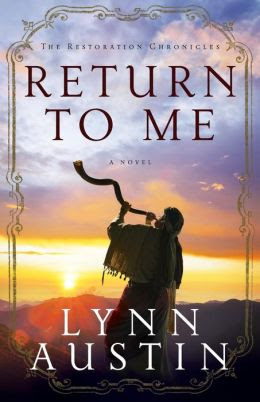 After years of watching his children and grandchildren wander from their faith, Iddo's prayers are answered: King Cyrus is allowing God's chosen people to return to Jerusalem. Jubilant, he joyfully prepares for their departure, only to learn that his family, grown comfortable in the pagan culture of Babylon, wants to remain.
Zechariah, Iddo's oldest grandson, feels torn between his grandfather's ancient beliefs and the comfort and success his father enjoys in Babylon. But he soon begins to hear the voice of God, encouraging him to return to the land given to his forefathers.
Bringing to life the biblical books of Ezra and Nehemiah, Return to Me tells the compelling story of Iddo and Zechariah, the women who love them, and the faithful followers who struggle to rebuild their lives in obedience to the God who beckons them home. 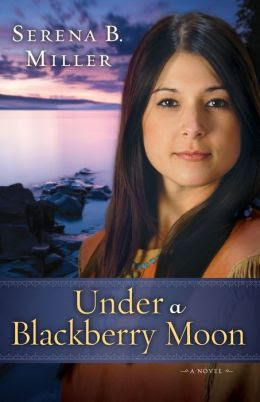 Under a Blackberry Moon
Serena B. Miller
October 2013
Publisher description:


Just a few days after she gives birth alone in the Northwoods, a recently widowed young Ojibwe woman stumbles into a nearby lumber camp in search of refuge and sustenance. Come summer, the camp owner sends Skypilot, his most trusted friend, to accompany Moon Song and her baby on the long and treacherous journey back to her people. But when tragedy strikes off the shore of Michigan's Upper Peninsula wilderness, Moon Song and Skypilot must depend on each other for survival. With every step they take into the forbidding woods, they are drawn closer together, until the tough questions must be asked. Will she leave her culture to enter his? Will he leave his world to enter hers? Or will they walk away from a love that seems too complicated to last?
With evocative descriptions of a breathtaking landscape, Under a Blackberry Moon will sweep readers into a wild realm where beauty masks danger and only the truly courageous survive, even as the sweet love story along the way tightly grips their hearts. 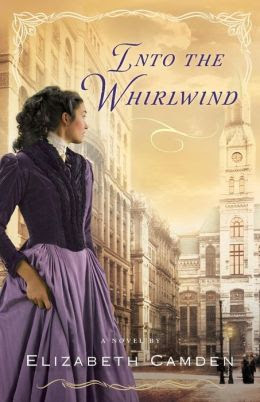 
As owner of the 57th Illinois Watch Company, Mollie Knox's future looks bright until the night the legendary Great Chicago Fire destroys her beloved city. With her world crumbling around her, Mollie will do whatever it takes to rebuild in the aftermath of the devastating fire.
Zack Kazmarek, an influential attorney for one of Chicago's finest department stores, is a force to be reckoned with among the city's most powerful citizens. Bold and shrewd, he's accustomed to getting exactly what he wants--until he meets Mollie Knox, the beguiling businesswoman just beyond his reach.
In the tumult as the people of Chicago race to rebuild a bigger and better city, Mollie comes face-to-face with the full force of Zack's character and influence. Zack believes this may finally be his chance to win her, but can Mollie ever accept this man and his whirlwind effect on her life, especially with her treasured company on the line? 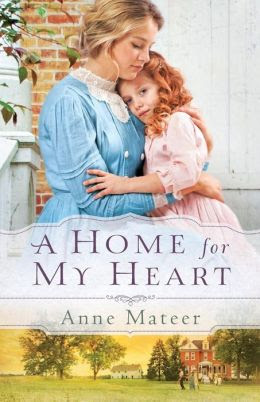 A Home for My Heart
Anne Mateer
September 2013
Publisher description:


A sweet story of hope and love set against the poignant backdrop of a 1910 orphanage
Sadie Sillsby works as the assistant to the matron at the Raystown Home for Orphan and Friendless Children, pouring all her energy into caring for the boys and girls who live there and dreaming of the day she'll marry her beau, Blaine, and have children of her own. But when the matron surprises everyone by announcing her own engagement, Sadie is suddenly next in line for the esteemed job of running the orphanage.
There's one glitch. The matron cannot be married. She must focus her attention on the financial, legal, and logistical matters of the Home. Sadie's heart is torn. Should she give up her plans for a life with Blaine in order to continue serving these children who have no one else? Does she, a young woman who was once an orphan herself, have what it takes to succeed in such a challenging career? And when the future of the Home begins to look bleak, can Sadie turn things around before the place is forced to close forever?


The last time I wrote one of these posts was in January.