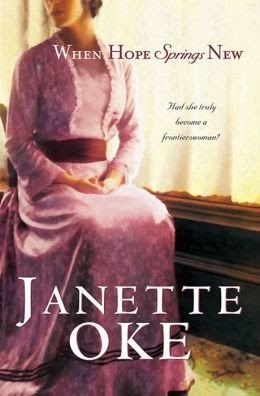 I have enjoyed revisiting the first four books in the Canadian West series. These four books star Elizabeth and Wynn. One thing I've been doing is imagining Elizabeth and Wynn on an episode of House Hunters. I've been thinking about what Elizabeth's wishlist for a house would look like before and after. What would it have been like before marriage, before traveling with her husband to Beaver Creek and serving several years, and, what it would have looked like AFTER they left Beaver Creek. I have an idea that Elizabeth would NOT have had "open concept" on her wishlist. She'd have wanted ROOMS, for ROOMS meant privacy and a greater sense of home. I think her wishlist would have included FLOORS however. In this last novel, she's in a one-room structure with dirt floors. There is not an outhouse. There isn't even a community outhouse--which would have taken getting used to. She simply learns that there are paths from the village leading to the woods. Certain paths for women and children. Certain paths for men. (In Beaver Creek, Elizabeth had it good. Wynn hired men to build her a private outhouse in their yard within the first week or two of moving!) World War I is taking place, and here Elizabeth and Wynn are living in a one room house, dirt floors, stove with two burners, two whole shelves, two chairs and a table, a bed in the corner, and nail pegs in the wall for hanging stuff. And this has to serve as their home and his office.

If there has been one thing I've not loved from this series, something that may date the series a bit, is its treatment of "Indians." The language is not politically correct or not politically correct enough. Readers are reminded again and again how primitive and savage and uncivilized and superstitious these Indians are. Mostly in the fourth book where readers learn that "these Indians" aren't like the other Indians from Beaver Creek that have lived among white people and become civilized and somewhat respectable. Wynn and Elizabeth are facing more of a "first contact" type of experience. Elizabeth never forgets that she's the first white woman and what a special opportunity this is. Great emphasis is placed on these strange chants and dances.

Anyway, in this fourth novel, Elizabeth and Wynn travel to their new assignment. Life is hard; really hard. Elizabeth finds it absolutely impossible to make friends. She tries every single day. She keeps approaching the Indian women and speaking to them in the language she learned at Beaver Creek. She even seems to stalk paths where she hears children laughing and playing. She walks with picture books and holds up the bright and colorful pictures, turning the pages, hoping to wow children into approaching her instead of running away. But Elizabeth is at her best, perhaps, in this one. When a fire threatens the entire village while the men are away, Elizabeth takes command and saves the day...

I like the series as a whole. But the first book is probably the best.