Book Review: The Hawk That Dare Not Hunt 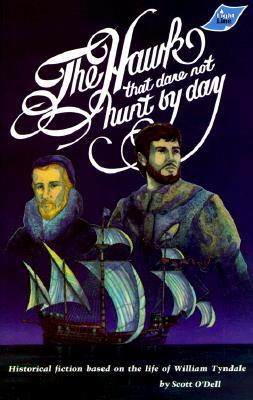 Tom Barton is the young hero of The Hawk That Dare Not Hunt By Day. Tom sails with his uncle. They're smugglers during the reign of Henry VIII. One of the things both are interested in, to a certain degree, is the Reformation, in part led by Martin Luther. The novel opens with Tom smuggling in some of Luther's pamphlets or tracts. It is not without risk.

One of the men he approaches early on is William Tyndale. Tyndale is able to put Tom in touch with some booksellers who might just be interested in Luther's work. During their conversation, Tyndale also lets Tom know that he's looking to leave England. Tom welcomes him aboard his uncle's ship even though they don't typically take passengers. The novel focuses on Tom's interest in the Reformation, his relationship with William Tyndale,  and his willingness to risk it all to smuggle dangerous books into England. The novel is about William Tyndale translating the New Testament into English.

Having the Bible in English is something that most readers take for granted, I imagine. This book brings that time period to life. I really loved this historical novel. I do.

I read this years ago and enjoyed it. We forget sometimes just how much it cost to have the Bible printed in our language.