Book Review: A Place In His Heart 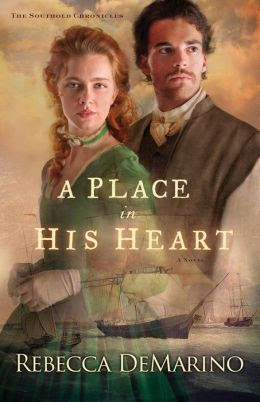 If you're looking for a great romance, A Place In His Heart wouldn't be among my top recommendations. I'd have a hard time calling it a romance at all. If you're looking for historical fiction, with or without romance, then A Place In His Heart would be a good match. Especially if the reader has a strong preference or liking for historical fiction set in the seventeenth century.

Mary Langton is our ever-patient heroine. When readers first meet Mary, her father is taking steps to arrange her marriage with a man named Robert. Mary is strongly opposed to the match. Her instincts are telling her that she'd be miserably trapped if she had to marry Robert. For some reason, though she doesn't know him, she loathes him completely. Conveniently, Mary falls for a widower baker, Barnabas. Her instincts are telling her that he's oh-so-wonderful and that he is THE ONE. He has two young boys that need a mother. He does not love her. He does not want to love her. He does, of course, want to marry her. See, why it's not a romance?! Here we have a supposed romantic hero who is actively opposed to the idea of loving his new wife. Her father is not thrilled by the match. He perhaps wisely sees that Mary's persistent love of Barnabas may never be enough to thaw his heart. Readers are told that Barnabas is wonderful: that he's friendly and outgoing and kind and all sorts of wonderful. What this reader saw, well, I saw him as a man saturated in sullenness, melancholy, and angst. If Barnabas is miserable then he's happy; he's happy because he's being faithful to his first wife! The more miserable he is, the more it proves that his first wife was his one true love! If he forgets for a second to be miserable then he gets angry with himself. When he's angry, well, he's very rude to poor Mary! Mary is a saint of a heroine. She never seems to regret marrying Barnabas. She is not nearly exasperated enough with him either. What struck me when reading this one is how Barnabas' gloomy persistence to keep his grief so very, very present is how it impacts his sons and how they treat Mary even a decade or so after the marriage.

The novel's strength is in the historical setting. It is a novel about Puritans colonizing America. Mary and Barnabas and their two sons settle on Long Island. I've not read many novels set in the 1630s and 1640s. So it's always nice to read and learn a few new things.

Personally, I didn't have the patience for Barnabas! I think I would have been more forgiving if the novel had spanned just the first year or two of their marriage. But for him to be just as melancholy ten or so years later, still going on and on and on about how he'll never ever love anyone like his dearest first wife, it was just too much for this reader.