My Year with Spurgeon #51 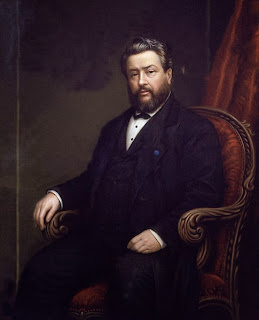 MANASSEH is one of the most remarkable characters whose history is written in the sacred pages. We are accustomed to mention his name in the list of those who greatly sinned, and yet found great mercy. Side by side with Saul of Tarsus, with that great sinner who washed the feet of Jesus with her tears, and wiped them with the hairs of her head, and with the thief that died upon the cross—a forgiven sinner at the eleventh hour—we are wont to write the name of Manasseh, who “shed innocent blood very much,” and notwithstanding that, was forgiven and pardoned, finding mercy through the blood of a Saviour who had not then died, but whom God foresaw should die, and the merits of whose sacrifice he therefore imputed to so great a transgressor as Manasseh.

Without preface we shall enter on the history of Manasseh this morning, and consider him in a threefold light: first, as a sinner, then as an unbeliever, and thirdly, as a convert. It may be there shall be some Manasseh within these walls now; and if in describing the case of this ancient king of Israel I shall in some degree describe him, I trust he will take to himself the same consoling truths which were the means of the comfort of Manasseh when in the dungeon of repentance.

And we note, first, that he belonged to that class of sinners who stand first in the phalanx of evil—namely, those who sin against great light, against a pious education and early training. You shall find among the greatest champions of the camp of hell, men who were brought up and educated in our very ranks.

In the next place, Manasseh as a sinner was a very bold one. He was one of those men who do not sin covertly, but who, when they transgress, do not seem to be at all ashamed, who are born with brazen foreheads, and lift their faces to heaven with insolence and impudence. He was a man who, if he would set up an idol, as you would see by reading this chapter, did not set it up in an obscure part of the land, but put it in the very temple of God; and when he would desecrate the name of the Most High, he did not privily go to his chapel, where he might worship some evil deity, but he put the deity into the very temple itself, as if to insult God to his very face. He was a desperado in sin, and went to the utmost limit of it, being very bold, and desperately set on mischief.

Again, Manasseh was a sinner of that peculiar caste which we suspect is not to be found very frequently. He was one of those who had the power of leading others to a very large extent astray from the truth and religion of God. He was a king, and had, therefore, great influence; what he commanded was done.

The second aspect in which we are to regard Manasseh is as an UNBELIEVER; for it appears that Manasseh did not believe that Jehovah was God alone; he was, therefore, a believer in false gods, but an unbeliever, so far as the truth is concerned.

It takes ten thousand times more faith to be an unbeliever than to be a believer in revelation.

But another reason why Manasseh was an unbeliever, I take it, was because he was proud. Pride lieth at the root of infidelity; pride is the very germ of opposition to God.

But perhaps the most potent reason for Manasseh’s unbelief lies here; that he loved sin too well. When Manasseh built the altars for his false gods, he could sin easily, and keep his conscience; but he felt Jehovah’s laws so stringent, that if he once believed in the one God he could not sin as he did. He read it thus: “Remember the Sabbath-day to keep it holy; thou shalt not kill; thou shalt not steal;” and so on. Manasseh wanted to do all these things, and therefore he would not believe because he could not believe and keep his sin. The very reason why we have much unbelief is because we have much love of sin. Men will have no God, because God interferes with their lusts. They could not go on in their sins, if they once believed there was an everlasting God above them, or professed to believe it, for all do believe it, whether they say so or not; and because the thought of God checks them in their impiety and their lust, therefore they cry out, “There is no God,” and say it with their lips as well as in their hearts.

Send you a preacher who would not tell you of your sins and you would hear him peaceably; but when the gospel comes with power, then it is that men can not bear it; when it trenches upon that pleasure, that sin, or that lust, then they will not believe it. Ye would believe the gospel if ye could believe it and live in your sins too.