Book Review: The Legacy of Luther 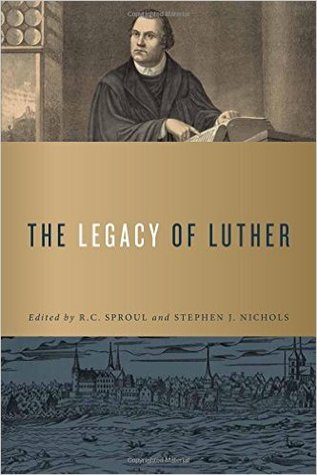 First sentence (from the foreword): Much of the discussion about Martin Luther these days seems to focus on his flaws rather than his faith, and that’s a pity. ~ John MacArthur

My thoughts: If you're looking to celebrate the 500th anniversary of the Protestant Reformation, this would be a good choice. I'm not sure it's my favorite new book on the subject of the Reformation, but it is solidly good.

The first part of the book is a biography of Martin Luther and gives readers context. The second part of the book focuses on the five solas of the Reformation: Scripture Alone, Faith Alone, Grace Alone, Christ Alone, The Glory of God Alone. The third part focuses on Luther's legacy.

© Becky Laney of Operation Actually Read Bible
Posted by Becky at 8:27 AM