My Year with Matthew Henry 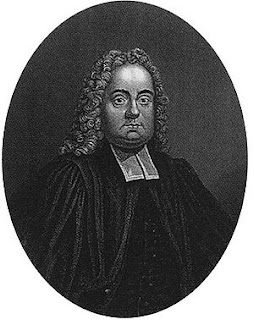 This year I will be reading Matthew Henry's Concise Bible Commentary alongside the American Standard Version (1901). I will share quotes a few times a month.


In heaven there is perfect light, and no darkness at all; in hell, utter darkness, and no gleam of light. The day and the night are the Lord’s; let us use both to his honor, by working for him every day, and resting in him every night, meditating in his law both day and night.

We are set as lights in this world to serve God; but do we in like manner answer the end of our creation? We do not: our light does not shine before God, as his lights shine before us. We burn our Master’s candles, but do not mind our Master’s work.

Jehovah is that name of God, which denotes that he alone has his being of himself, and that he gives being to all creatures and things.

No delights can be satisfying to the soul, but those which God himself has provided and appointed for it.

Only he that made us can make us happy; he that is the Former of our bodies, and the Father of our spirits, and none but he, can fully provide for the happiness of both.

The Scriptures always speak of man as of this sinful character, and in this miserable state; and these things are true of men in all ages, and of all nations.

There are many temptations to which being alone gives great advantage; but the communion of saints tends very much to their strength and safety.

It is the craft of Satan to speak of the Divine law as uncertain or unreasonable, and so to draw people to sin; it is our wisdom to keep up a firm belief of God’s command, and a high respect for it.

Satan teaches men first to doubt, and then to deny.

Let us, therefore, always think well of God as the best good, and think ill of sin as the worst evil: thus let us resist the devil, and he will flee from us.

See here what dishonor and trouble sin is; it makes mischief wherever it gets in, and destroys all comfort. Sooner or later it will bring shame; either the shame of true repentance, which ends in glory, or that shame and everlasting contempt, to which the wicked shall rise at the great day. See here what is commonly the folly of those that have sinned.

Though he is the tempter, we are the sinners. Let it not lessen our sorrow for sin, that we were beguiled into it; but let it increase our self-indignation, that we should suffer ourselves to be deceived by a known cheat, and a sworn enemy, who would destroy our souls.

This gracious revelation of a Savior came unasked, and unlooked for. Without a revelation of mercy, giving some hope of forgiveness, the convinced sinner would sink into despair, and be hardened. By faith in this promise, our first parents, and the patriarchs before the flood, were justified and saved.

Adam and Eve made for themselves aprons of fig-leaves, a covering too narrow for them to wrap themselves in, Isaiah 28:20. Such are all the rags of our own righteousness. But God made them coats of skin, large, strong, durable, and fit for them: such is the righteousness of Christ; therefore put ye on the Lord Jesus Christ.

Labels: Matthew Henry, my year with Henry, quotes, Worth Quoting