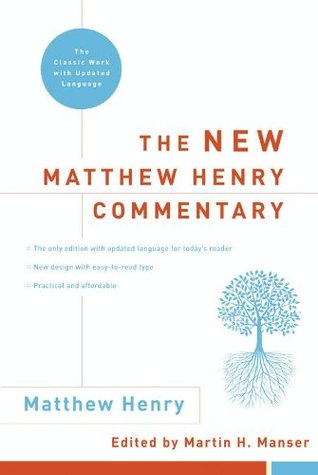 We have now before us the holy Bible, or book, for so bible signifies. We call it the book, by way of eminency; for it is incomparably the best book that ever was written, the book of books, shining like the sun in the firmament of learning, other valuable and useful books, like the moon and stars, borrowing their light from it. We call it the holy book, because it was written by holy men, and indited by the Holy Ghost; it is perfectly pure from all falsehood and corrupt intention; and the manifest tendency of it is to promote holiness among men. The great things of God’s law and gospel are here written to us, that they might be reduced to a greater certainty, might spread further, remain longer, and be transmitted to distant places and ages more pure and entire than possibly they could be by report and tradition: and we shall have a great deal to answer for if these things which belong to our peace, being thus committed to us in black and white, be neglected by us as a strange and foreign thing, Hos. 8:12. The scriptures, or writings of the several inspired penmen, from Moses down to St. John, in which divine light, like that of the morning, shone gradually (the sacred canon being now completed), are all put together in this blessed Bible, which, thanks be to God, we have in our hands, and they make as perfect a day as we are to expect on this side of heaven. Every part was good, but all together very good. This is the light that shines in a dark place (2 Pet. 1:19), and a dark place indeed the world would be without the Bible.

I have read a few commentaries on the book of Genesis. My latest to read was by Matthew Henry. He began with a few introductory remarks about the Bible in general and then proceeded on to Genesis.

The edition of the commentary I read did not include the text of the Bible. (I imagine some do.) It is broken down into chapters, and within each chapter it is arranged by verses. The book includes summary or highlights for each section. The arrangement seems to be entirely in outline form. At first I found this slightly odd. But the more I read, the more accustomed I became to the style. I think perhaps Puritans did this quite a bit with their sermons. (I've also read some Thomas Manton and John Owen.)

I will point out one little thing. While I agree with Henry's overall theology most of the time, I do disagree with him here and there. In particular, I (strongly) disagree with his assessment that Dinah--Jacob's daughter who was raped--was asking for it. His argument is that Dinah was in the wrong and that if she'd just stayed at home--near her home and the protection of her father and brothers, she'd never have been raped. Not content to just blame Dinah, he also finds a way to blame her mother, Leah, for encouraging her daughter's "vain curiosity." He writes, "SHE WENT TO BE SEEN." His application is that fathers should exercise great(er) authority over their families and in particular their daughters.

At best, Henry's remarks are 99.9% speculation. The Bible simply says that Dinah "went out to visit the women of the land." In the next verse, we're told: Shechem saw her, took her, raped her. Henry's argument it seems is that the sin that started it all was the sin of being seen. He speculates that Dinah wanted to be seen. That she was seeking attention and flattery.  That she was inviting men to approach her. That if she'd taken care not to be seen by men, then she'd never have been raped.